60 hours in Paris | The Paris Edit

There is a reason Paris is one of the most beloved cities in the world. There is some sort of energy that emits that makes you feel like everything in the world is wonderful. It's lovely to see that, even though they have faced some hard times recently, the city is quite possibly more loved than ever and I for one will say that I will definitely be visiting again.

There are of course, a few things you just HAVE to do while you're in Paris, be it for a long or short amount of time. 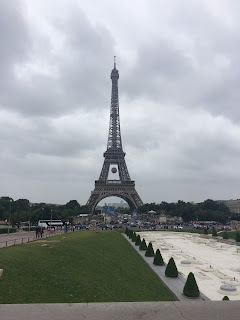 Obviously there are the very well known sites you just need to see. First being the Eiffel Tower. But, if

you look at the queues, you can be queuing for two hours or more. So, I would highly suggest booking it in advance, there are loads of tour sites where you can buy fast track tickets up the tower, which trust me you will want to do!
We went through a tour company called Get Your Guide, and were able to get a river cruise along the Seine, which was really lovely. It was nice to be able to sit down and relax while we watch Paris go by, and were able to see parts which we wouldn't have seen otherwise- so for me, this is a must (but a less well known one). 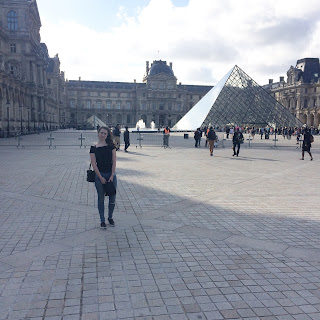 Next is Le Louvre. Trust me when I say that this stunning museum really does live up to its name. Being the biggest art museum in the world, it really does need a whole day dedicated to going round it. My boyfriend and I got there 15 minutes before it opened (which I would suggest to anyone else planning to visit) as it does get very busy during the afternoons. It took us 4 hours to go round two of the three sides of the museum, so like I said- it really does need a whole day. At only 15 euros per adult, I really think this is amazing value for such a huge attraction.

What I would also highly recommend would be to do the side where the Mona Lisa is. She is on the top floor, and most people work their way from the bottom to the top- as most of us would. BUT, she is such a huge attraction I would really suggest you get to the top and see her FIRST, as this will mean you will miss most of the crowds as you go down and they come up! 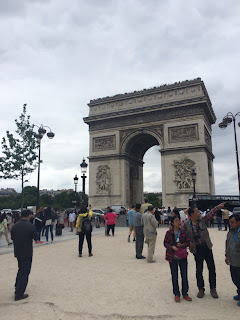 Another sight which also lives up to its massive name is the Arc de Triomph. In many photos, you don't really think it's going to be as big as it is, but trust me when I say it really is massive. When you first get to the area you would notice that it's in the middle of a VERY busy roundabout, and will probably freak out thinking how on earth you're supposed to get to it. We soon realised that there are two underground walk ways on either side of the arc, one of which being on the Champs Elysees. If you want to go up the arc, be warned that queues can be long, and will offer a similar view to that of the Eiffel Tower, but by all means go for it if you have the time to spare (sadly we didn't). Another sight which both of us loved was Notre Dame. Again, because we were there for such a short amount of time, we didn't have enough time to stand in the (very long) queue, but were able to sit and watch the world go by, while admiring the beauty of the cathedral at this adorable cafe just across the way- if you have been in, or plan to go in, please let me know what it is like so I can go in next time! 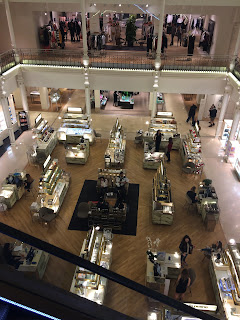 Paris is considered to be one of, if not THE, fashion capital of the world- so obviously you sort of need to go look around some shops. I have to admit, James (my boyfriend) and I, didn't really look round many, until our last day. We were sat in a cute little cafe down the rod we were staying at and noticed a few shops around the are. Me being the way I am, I was curious and wanted to look inside- but it didn't seem that special. The shop was called La Bon Marche- some of you may have heard of it? Some may have not- It's a HUGE designer department store. How did I not know about this until 2 hours before we were leaving?! I would definitely recommend looking around here, even if you don't plan on buying anything, purely because it's so incredible just to walk around! The best way I could describe it would be like a French Selfridges- but even prettier!


Not only is France known for its fashion, but world renowned for its incredible food and patisseries. When it comes to bistros and restaurants, the biggest tip I could give anyone is to eat where the locals eat. It will be a lot cheaper than some of the tourist traps around, and will clearly have good food if the locals go there!

We were very lucky with where our hotel was, as it was situated on the Rue de Bac, in the heart of Saint Germain. Saint Germain is well known within Paris for having some of the best places to eat in the city, so go ave a wonder down there. You are likely to come across what I will be now classifying as my favourite patisserie, only a short walk away from the main road- Eric Kayser. They're cakes are simply gorgeous, in every way possible, so i would highly recommending making the trip down the Rue de Bac to find it. 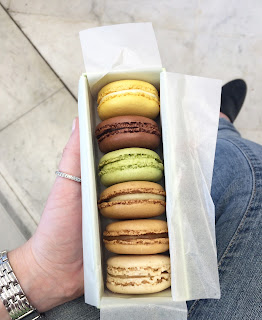 Speaking of cakes... you can't go to Paris without trying some of the incredible macaroons. Trust me, they won't be hard to find! If you are flying from Orly, then you will find many a bakery and patisserie in the terminal, one of which is the highly sort after Laudree! So make sure you go and try them, they are expensive (at 17 euros for 6) but it really is worth it.

I hope you have enjoyed reading about my little weekend away, as much as I have enjoyed writing about it! Paris is such a special place, so if you ever get the opportunity to go, please do not pass it up.


As always, I love hearing from you guys so let me know what you think or if there's anything you would suggest I see for the next time I go (there WILL be a next time!), much love. x 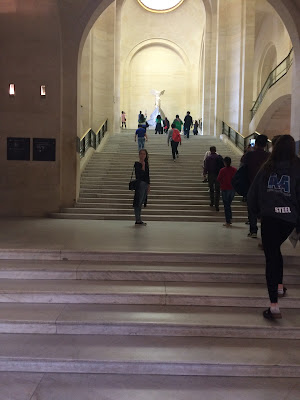 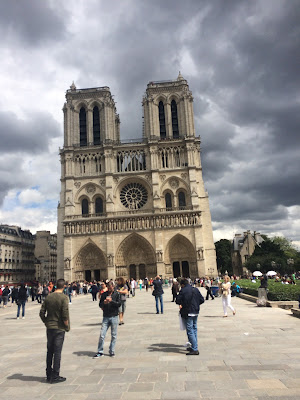 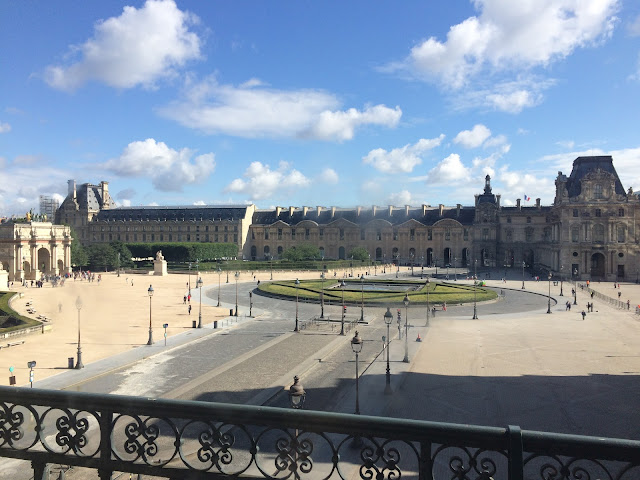 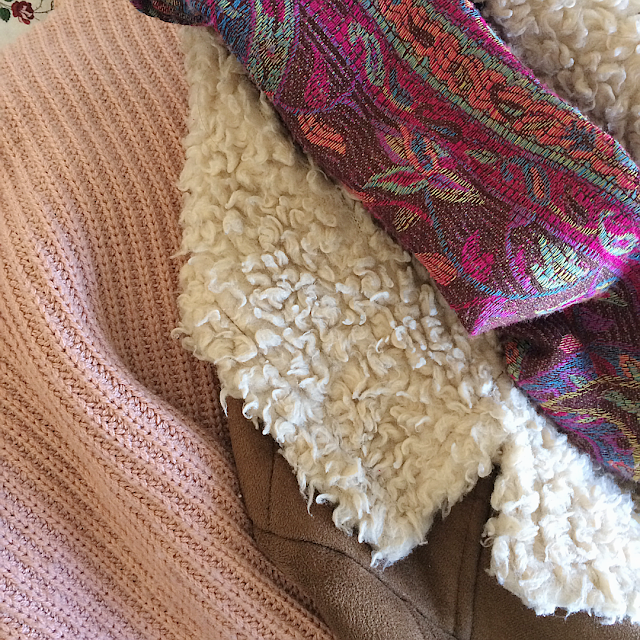 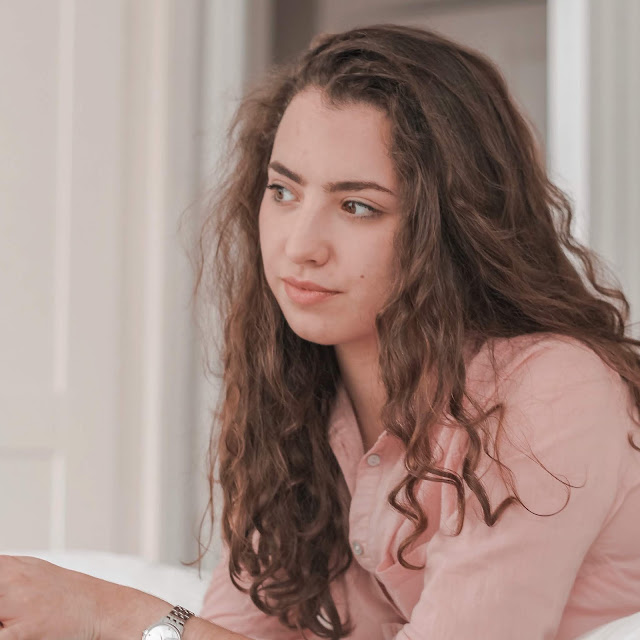 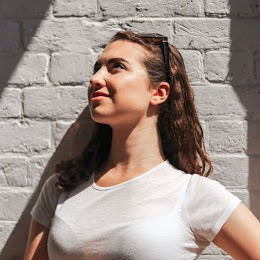 Ad - gifted | anyone who really knows me knows that I pride myself on my curly locks. I love it 🙆🏽 but curly hair can so easily get dry and brittle, so I always want to make sure I’m taking care of it. Especially now that the sun is coming out and it’s (slowly) getting a little warmer. Ever since I started trying @thebodyshop new Shea haircare range I have seen and felt such a difference in my hair! It feels so soft and happy. It also smells divine 😍🙌🏻 | I am proud to be a brand ambassador for @thebodyshop #carewithshea #thebodyshopuk #thebodyshopbristol